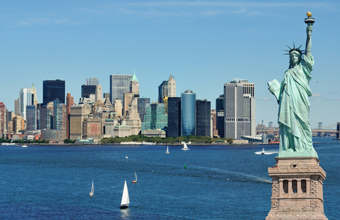 We care about the quality of your stay with us. Below are nearby attractions, shopping and restaurants that are popular with our guests. Listed locations are nearby with approximate distance listed where available.

Citi Field
Sports fans on Long Island in New York have two great reasons to celebrate. Citi Field and the National Tennis Center are located adjacent to each other, in the Queens borough of New York City – and within the Flushing Meadows–Corona Park.

LaGuardia is a focus city for American Airlines, and supports other major airlines like Delta, United, Southwest, and US Airways.

Operated by the United States Tennis Association, the center is available for public tennis matches throughout the year, except for during the US Open. The center’s main court is Arthur Ashe Stadium, the world’s largest tennis stadium, with a capacity for 23,200 spectators. Plan to watch your favorite tennis players during the US Open and enjoy your time in the New York City metro area.

US Open Tennis
The fourth and final tennis major of each year’s Grand Slam tournament series, the US Open is held at the National Tennis Center in Flushing, New York. The New York City suburb draws visitors far and wide for the two-week showcase in late August and early September.

Played on acrylic hard hard courts, the tournament is made up of five championships – men’s and women’s singles and doubles, as well as special tournaments for seniors, juniors, and wheelchair players. A total of over $34 million in prize money is given out to winners each year.

Distances to Popular Points of Interest